Fed on Track to Hike Rates in December

Fed on Track to Hike Rates in December 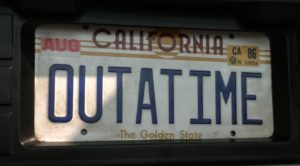 The U.S. Federal Reserve (The Fed) appears firmly on track for a December hike after leaving the federal funds rate unchanged today at ¼ to ½ percent.

We are eight years into an economic expansion at sub 2% GDP growth and – precisely because overheating and excessive exuberance have been missing – economic expansion has further to go. Central bank governors as well as administrative policy makers mostly understand what they must do to assure this.  Central banks still seem to offer an accommodative safety put to the market with gentle tapering and federal administrative officials finally seem willing to increase fiscal spending.

The Fed’s patient signaling seems to be healthy for investments. Additional Fed hikes will be few and far between. The lack of both growth and inflation volatility continues to nudge investors to stretch for yield and take risk.