Financial Markets Pulled in a Tug of War

Financial Markets Pulled in a Tug of War 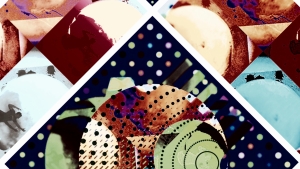 Financial markets in 2015 were pulled between the Fed’s determination to raise rates as the U.S. job market strengthened and pressure for lower rates in the rest of the world as China’s economic growth slowed and commodity prices sank. The results of this tug of war were a soaring dollar, crumbling junk bonds, low Treasury yields and a manic-depressive stock market that ended the year roughly where it started. Last quarter, my opening paragraph stated, “The U.S. has enjoyed a good six year run in asset prices….The fear is that the Bears may have recently come home.” Similar tensions will continue into the start 2016.

We are focused on several global themes of shifting cycles, steps forward and back, bearish tendencies, and China’s economic adjustment that will affect investors and expose vulnerabilities.

Thus, deflationary boom symbolizes investors lurching between the globally positive and negative aspects of this situation.

The cumulative coincident effects of the Fed shifting towards higher rates, low commodity prices, active deflationary forces, and China’s yuan adjustment might not force the U.S. nor the world into recession, but they are definitely forcing the world to adjust return expectations.