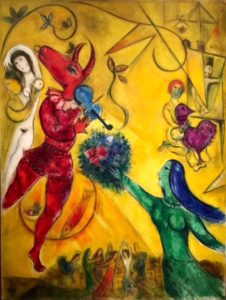 The rising trend in asset prices known as global asset reflation is not over; improving economic conditions continue to provide a global tailwind to assets. The largest central banks in the world have spent the last nine years and over $12 trillion to get the global economy where it is now, mid-cycle humming on almost every cylinder. They are not about to let it crumble. Nonetheless, as we approach yearend, expect increased volatility based on what happens to the U.S. tax plan and as investors decide whether to lock in gains at year end or early January.

The European Central bank (ECB), the Bank of Japan, and The Bank of England (even with its recent first rate raise in ten years) remain in an easy monetary mode; i.e., they are focused on ensuring credit and liquidity for their economies. And even though the US Federal Reserve has started quantitative tightening (QT), the Fed is not going to bring its $4.4 trillion balance sheet to zero; it’s probably not even going to bring its balance sheet down to pre-recession levels of less than a trillion. The appointment of Jerome Powell to replace Janet Yellen as FOMC Chairman next year should preserve continuity at the Fed, as his stated economic and monetary policy views largely mirror those of the current leadership.

Investors often especially fear an equity market correction in the months of September and October, but this year’s fall correction was tiny.  Possibly this was because consumer confidence is at its highest since December 2000, unemployment is low, job and social benefits have improved over the last nine years, and wages are edging up (compensation is up in the private sector +3.4% year-over-year to a record high).  In aggregate – with the exception of the hurricane devastation that afflicted much of Puerto Rico, Houston, and the Florida Keys – the U.S. economy is displaying balanced growth, even in the oil sector. The upturn in capital spending and revival of durable goods that the Fed governors have closely watched is finally strengthening, enough so for the Fed to further raise rates in December.  U.S. factory and services activity remains strong and home prices continue to advance; we may be seeing the nascent green shoots of inflation although official numbers still remain low.

We remain bullish toward global equities – even Japanese equities are taking part in the secular bull market – based on accommodative global monetary policy, a positive supply/demand balance, and secular bull tailwinds. China, with over $3trillion in foreign exchange reserves, is not on the brink of a global debt crisis. Emerging market (EM) equities should be resilient to near-term U.S. rate rises or a stronger dollar as long as global growth continues; a stronger dollar should arguably lead to more imports from EM economies.

Current trends highlight the tradeoff between financial strength and price strength; as prices rise, financial stability diminishes.  As the financial world becomes more unstable, demand for safe assets, like Treasuries, increases.  Now that the world has witnessed that huge central bank balance sheets and negative interest rates don’t cause economic implosion, the world is likely to see even more extreme measures at some point in the future. Yes, there is downside risk eventually; but the chief near-term risk is missing the remaining upside of the current reflation trade.