Question the usefulness of some historical stock market statistics

Question the usefulness of some historical stock market statistics 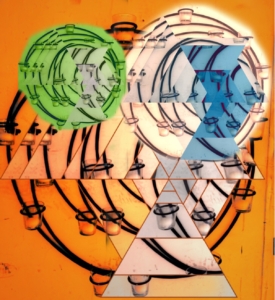 Summary: No central bank has ever unwound a $4 trillion stimulus program and experience with raising rates from zero percent is limited; therefore, historical statistics on how stock sectors react to a rate rise are of limited use.

Fed rate hike moves are again a hot discussion topic – as of last week’s release of the FOMC’s April meeting notes – with a second interest rate hike possibly just around the corner; June or July. In reality, according to Fed rhetoric, a summer hike has always been reasonably possible, but April’s notes just reaffirmed this in black and white.

If you haven’t already, you soon will see a bevy of timely articles about how stock sectors perform during a second Fed funds rate hike.  Statistically, stocks tend to perform well after a second hike with large-capitalization stocks holding up better over the first three months but small-cap stocks rallying back with strong results over the ensuing six to twelve months. Value, size and quality tend to win and energy performs well, whereas discretionary lags behind.

My suggestion is to ignore most of the stats or strongly caveat them from the perspective of the current economic environment versus a normal rate hike environment. This is because usually the Fed’s second rate hike is early in a strong economic growth cycle; normally the Fed raises rates to temper inflation and/or tap the brakes on a quickly growing economy.

Today, we are not in a high growth environment and inflation (although picking up) is still low. The Fed is not contemplating a rate rise to tap the economic brakes; quite the opposite, the Fed doesn’t want to deter growth. Rather, the Fed is raising rates in a low growth environment in order to nudge the Fed Funds rate, and interest rates in general, up closer to historical norms.

“Don’t lean too much on old models,” as you may recall, is one of our persistent investment themes at Hollencrest, since “history offers little guidance for the months and years ahead.” The Fed has never wrapped up a $4 trillion stimulus program and has limited experience raising rates from zero; and no one else has done similar. In addition, most economic models don’t properly account for the negative yields we have in European and Japanese government bonds. “Pundits may speak of reversion to the mean and show historical charts with repetitive patterns, but global capital markets have experienced a real shift.”

A lot of investors, asset managers, and commentators will be displeased no matter what the Fed does or doesn’t do in June and July.