This is the biggest “little” news of the moment

This is the biggest “little” news of the moment 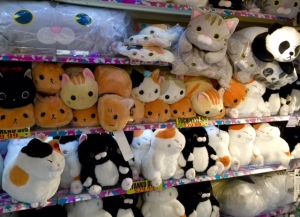 This is the biggest “little” news of the moment:

3/17/2016, the Philly Fed index surged to a positive +12.4 in March from a negative -2.8 in February, returning to expansionary territory for the first time since August of last year and significantly above economist expectations of negative -1.5

Why is this the biggest “little” news?

What does this mean?
The positive jump in both regional indices suggest that the U.S. manufacturing slump has ended.  The forward looking indicators within the surveys, new orders and shipments, have strengthened for both indices.

From a market perspective, this alleviates investor concerns of a U.S. economic recession.  Over the last six to nine months, national manufacturing indicators had declined significantly. On its own, this may not sound critical since manufacturing is a small part of the economy – only about 12% of U.S. Gross General Product (GDP) and service is responsible for a much more significant 87% of GDP3 – however, in the past, such manufacturing declines were a prelude to service declines, which taken together would indicate recession.  Now with manufacturing indicators improving and service indicators remaining positive, fears of an imminent U.S. recession have dissipated.